"Before REACH, everyone in our community was resigned to failure. The teachers in our schools and the parents of students did not care whether their kids learnt or not. The students themselves knew they would fail the very moment they walked into class. Nobody ever passed from those schools. REACH has been able to change all these. The success of local kids and REACH's outreach work has shown our community that our kids are just as capable as other kids in Uganda, and given the right resources and support, they can compete with anybody." 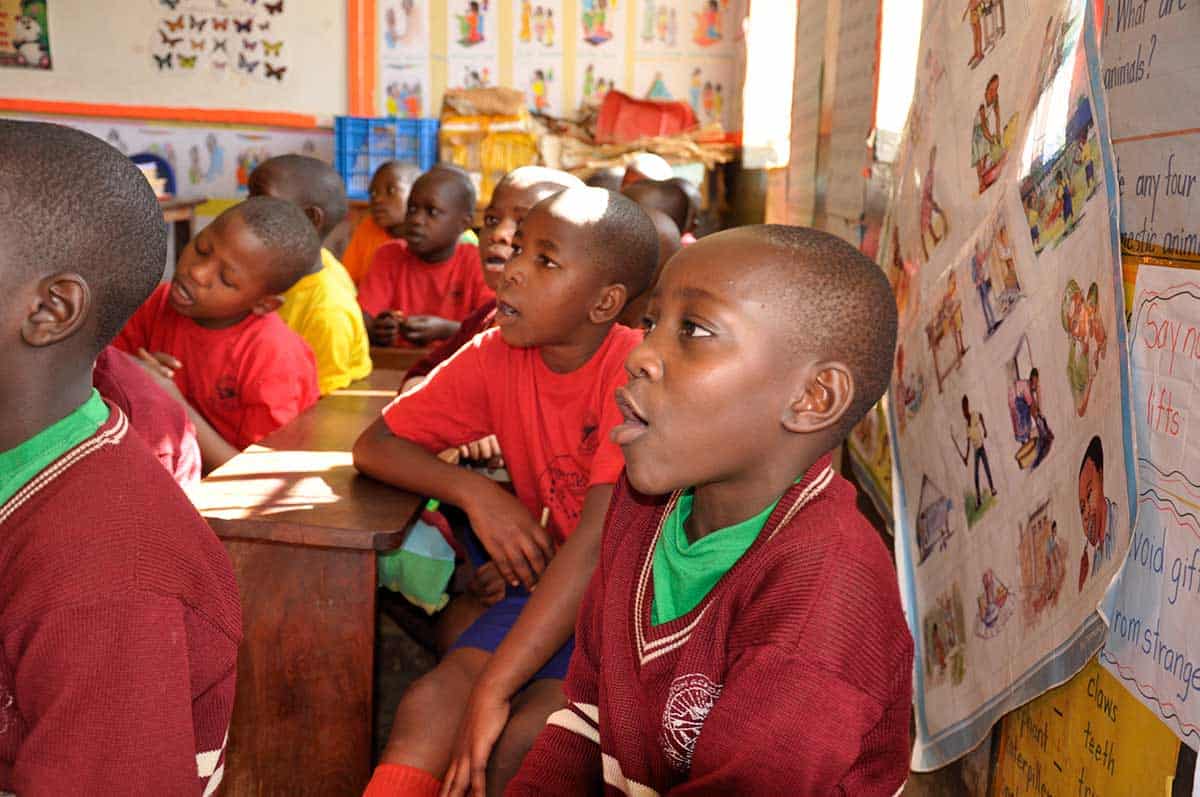 After winning a State Department diversity lottery visa, Joyce and John Wanda moved from Uganda to the U.S. in June, 1995, and settled in Arlington, VA. Witnessing the impressive learning experiences of their children in Arlington Public Schools, John and Joyce were inspired to provide a similar education for children in their native villages. Less than 1% of Ugandans graduate from a university, as John and Joyce had, and they both knew how rocky and pot-holed the road to such success was.

In 1999, they began to smooth that road by providing tuition support to five village children and recruited other supporters from their church and workplace. Soon their program was embraced by Bethel United Church of Christ and the American Chiropractic Association, where John worked. By 2002, John and Joyce had raised over $10,000 which directly supported the education of 142 students. Unfortunately, their scholarship program did not have the immediate impact on the local standards of education that John and Joyce wanted.

Many schools in rural Uganda (a full 80% of the country) lack materials, such as paper, pencils, books, and even walls. Teachers are often undertrained, and many do not speak English fluently, although classes are taught in English. Attendance and tardiness issues are prevalent for both teachers and students. Many families choose for a child to help in the fields rather than to attend inadequate schools. While John and Joyce's scholarship students had better resources, they sat in crowded classrooms and received little assistance from their teachers or parents.

The Ugandan community and U.S. donors decided together that starting their own school in the village would be the best way to make an impact on local education. A model primary school could serve as an example for all the other schools in the district.

On February 2, 2004, the Arlington Junior School opened its doors to 78 students and became the only school in the region using American models of education, serving lunch, and emphasizing the development of the child as an individual. Word spread quickly. Soon over 300 students attended AJS, with nearly 150 on a waiting list. 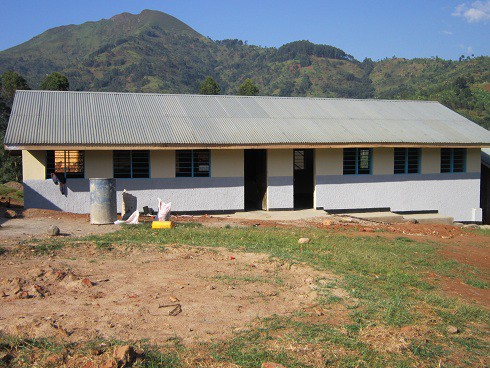 December 2002: The Wandas and their supporters decided to build a model school in Bumwalukani in the Bududa district of eastern Uganda. 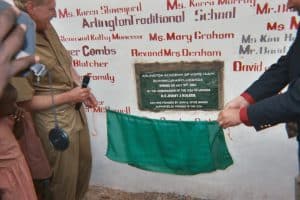 July: The first volunteers from the US join the US Ambassador to Uganda to officially open Arlington Junior School.

December: REACH for Uganda is registered in the US as an independent, non-profit, 501(c)3 organization. The first Board of Directors is elected with John Wanda as President. 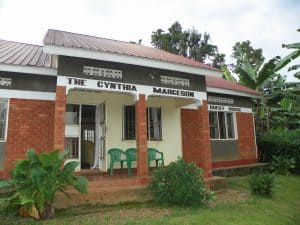 May: The new guesthouse, located near Arlington Junior School, is completed to accommodate the growing number of volunteers from the US.  It is named the Cynthia Margeson Guesthouse in honor of the school’s first Head Teacher, a retired teacher from Arlington Traditional School.

June: The student sponsorship program is created, and the first 30 students are sponsored. 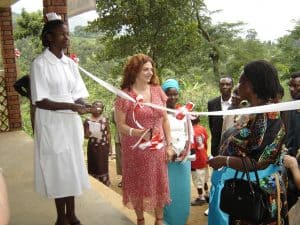 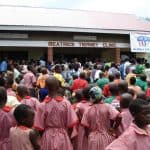 May: The Washington Post Magazine runs an in-depth profile on REACH.

July: The first Beatrice Tierney Health Clinic opens on the grounds of Arlington Junior School in partnership with The Foundation for the International Medical Relief of Children (FIMRC).

The new Head Teacher house is built, and the first Reading Challenge program launched in conjunction with Arlington Traditional School. 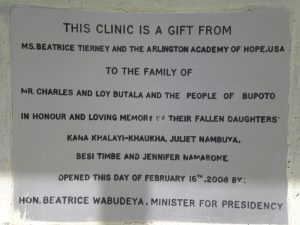 February: A second Beatrice Tierney Health Clinic is opened in the Manafwa district. The clinic is dedicated to the memory of co-founder Joyce Wanda’s sisters who passed away as young women. 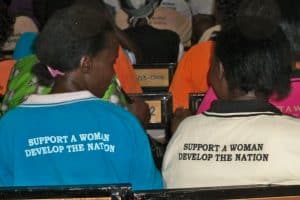 Dick Burk is elected President of REACH US Board of Directors. 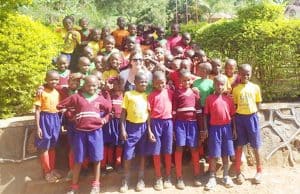 May: The first community nursing scholarships are launched in Bupoto. 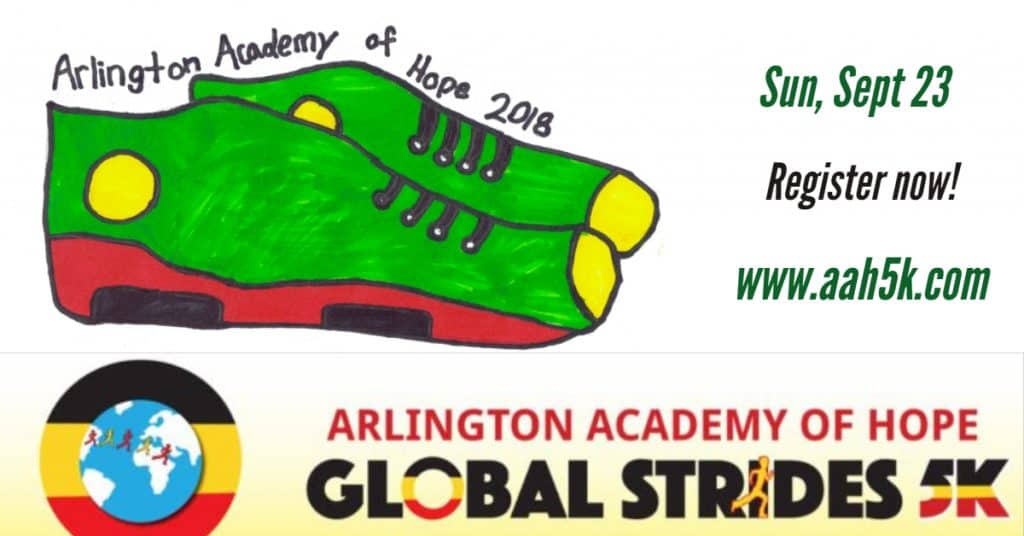 March: The TOMS Shoes distribution program is launched with more than 30,000 pairs of shoes distributed to local schools and communities in Bududa, Manafwa, Mbale, and Sironko districts.

September: The well drilling at AJS to provide the first source of clean water for the school and community was completed. 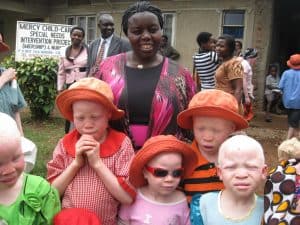 January: Continuing the partnership with the Women’s Micro-finance Initiative, a new women’s micro-finance project starts in Bupoto in the Manafwa district.

February: REACH begins a partnership with Asante Mariamu, an Arlington, VA, based organization dedicated to supporting children and families with albinism. 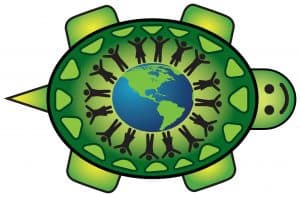 January: REACH assumes full responsibility for the operation of the Beatrice Tierney Health Clinic in Bumwalukani. 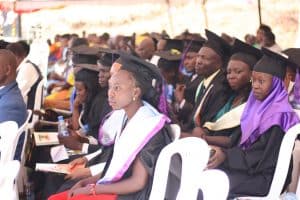 February: REACH celebrates the all of our post-secondary graduates, including first group of students to earn Bachelor’s degrees.

REACH fills a need in my life to make a positive difference in this world beyond my family.