Most REACH student sponsors are individual families, but one of our most interesting sponsors is a group of poker-playing retirees from Northern Virginia who call themselves the Honorary Grandfathers’ Club. 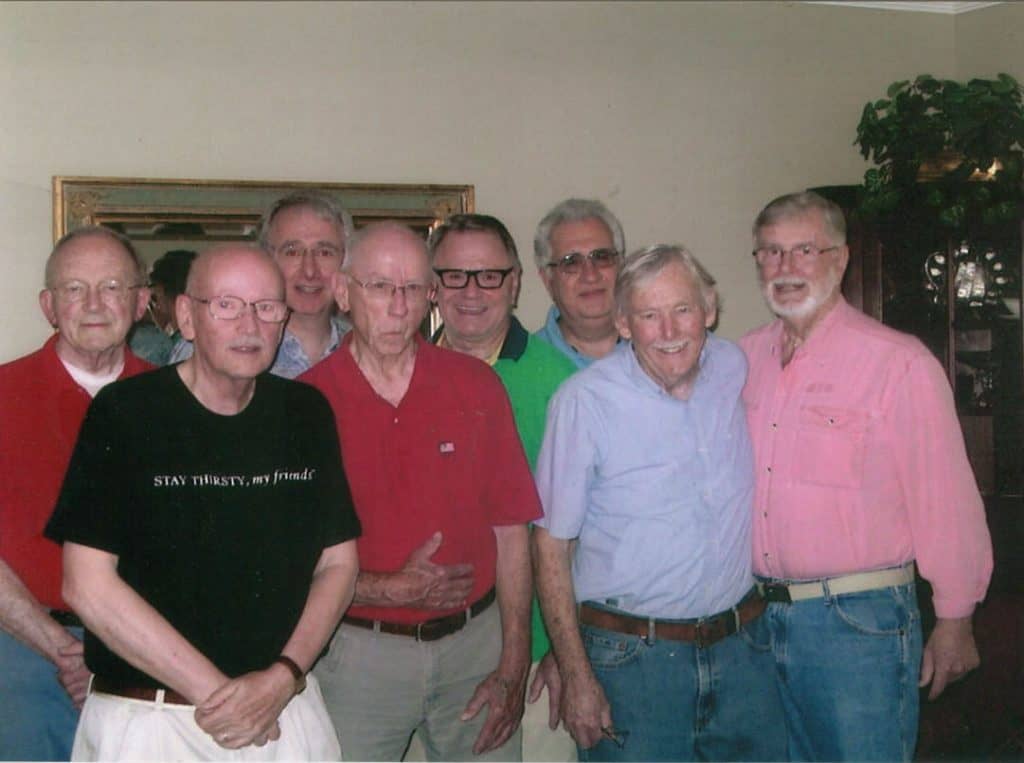 This group originated in Alexandria, Virginia, in the mid-1980s. Their story began when a group of registered nurses who worked together in the OB/GYN department at a local hospital started to socialize outside work. The nurses spent a week together each summer in Duck, North Carolina, and they began to call themselves the “Duck Group.”  Around 1985, while the women were vacationing, the husbands decided they should spend time together too, so they organized a poker game. The game was such a success that they began to play poker together regularly.

Almost 33 years later, the Grandfathers Club is still tight-knit and mutually supportive. They socialize, have vacationed together, and still gather to play poker once a month.

In 2009, one of the poker players, Michael Heilmann, introduced the group to REACH. Mike was then sponsoring two REACH students and told his friends how meaningful the experience had become over time.  Mike suggested that the group might enjoy sponsoring a student of their own. According to Bruce Phinney, one of the founding members, this idea “caught on like wildfire,” and soon the Honorary Grandfathers’ Club was convened to sponsor Daniel Ivan Kutosi, a student at REACH.

Since 2009, the sponsoring Grandfathers have regularly communicated with Daniel and have proudly watched him grow from a smaller boy into a young man now in his third year of secondary school. Each time REACH collects letters, the Grandfathers assemble four or five from their group to send over to Daniel. When he was younger, they sent him stickers and photos of their families, and even arranged to have a few soccer balls delivered to Daniel. Now that he’s older, they also engage him on topics designed to help Daniel further develop the leadership capabilities he has increasingly displayed.

The best part of becoming an REACH student sponsor, says Bruce Phinney, has been watching Daniel mature and grow over the years.  Everything the Grandfathers have done has had the objective of supporting Daniel’s growth and development. They believe he is blessed with significant potential and want to help him develop into a productive and successful member of his community and nation.

REACH is grateful for their commitment and generosity!